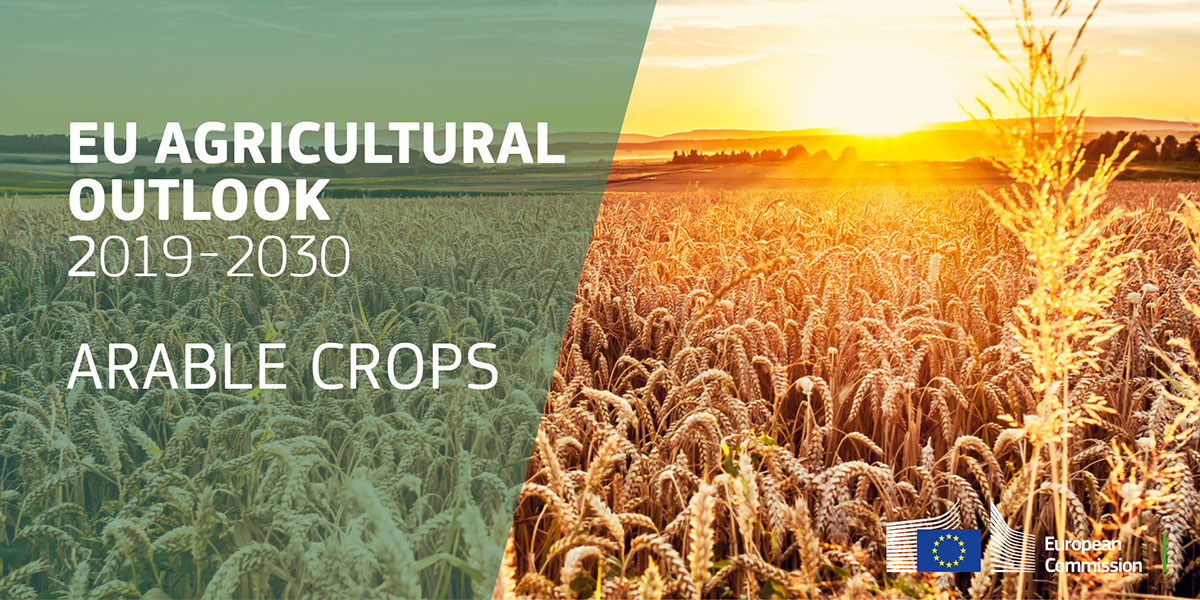 In Romania, the cultivation of the land and the processing of agricultural products has always been of significant economic and social importance. With the return to the competitive market economy model in the 1990s, because of the insufficient level of local private capital and public policy support, the competitiveness of the agri-food sector remained weak in relation to that of the external supply. On the other hand, domestic consumption has increased significantly, most of the time being the most important part of the local growth model and often stimulated by fiscal policies.

Cumulated for 2019, the trade deficit from trade in goods was about 82.1 billion lei, of which the trade deficit with products from the first four groups of goods according to the combined nomenclature was about 5.9 billion lei (I. Live animals and animal products, II. Vegetable products, III. Animal or vegetable fats and oils, IV. Food, beverages and tobacco). For the first 11 months of 2020, the trade deficit with products from the same first four representative groups within the combined nomenclature rose to almost 9 billion lei, ie over 11.3% of the total deficit of trade in goods for the period (79.5 billion of lei). Therefore, in the context of the crisis caused by the COVID-19 pandemic, this vulnerability has intensified and its negative effects are expected to continue to increase during 2021 in the context of the significant loss of agricultural production caused by the drought that subsequently lead to significant financial difficulties for farmers, which adds to those generated by the pandemic.

We need to create more jobs and grow economically, but some of the challenges are that agriculture is losing jobs and is facing cyclical developments that are closely linked to long-term changes in the temperature regime and that of rainfall. It is also still significantly exposed to the risks posed by climate change, which is still exceedingly difficult to manage through traditional instruments (insurance, financial transactions).

However, this is not an irreversible fate. It is possible to bring the agri-food sector back on a path to improving competitiveness and to having a more stable and sustainable contribution to economic growth, including for improving the external balance. To get there we need an adequate mix of policies, to which there are already proposals that I will refer to later.

Economic growth and the number of jobs previously involved an effort for increased productivity and increased competitiveness. Growing production with lower costs does not necessarily have to lead to job cuts (for example as an effect of investing in advanced technologies and equipment), as growth across the sector can create more jobs than redundant ones.

We must have on our agenda as a priority a sustainable development that aims to protect the environment. We need less water pollution from nutrients and pesticides, to stop soil degradation, to have fewer negative effects of pesticides on biodiversity and to better respond to internal and external demand that in recent years is increasingly focused on organic products. This effort is also supported by European policy, which has created facilities for the development of organic farming that we may be able to make better use of in the future than we have been able to do so far.

At the same time, we need a territorial balance, because modern society no longer accepts that the more fragile regions (from the perspective of resources) and less developed are left in economic decline and demographic abandonment. But the key to this is investment: from education and training of the (future) appropriately qualified workforce to equipment and infrastructure.

Of course, under normal conditions, the profitability of companies in the field of agriculture is not among the highest, compared to other sectors of activity, as shown by publicly available data on the website of the Ministry of Finance. An average return on assets calculated based on this data places agricultural companies at a level of about 5.38% in 2019 (before the crisis), almost half compared to the construction sector but still more than double that of utilities. It shows that, given the important prospects of this sector, there is certainly a sustainable basis for increasing the efficiency and profitability of agricultural investment activities.

One of the main causes of the variability of the performance of agricultural firms is given by the volatility of agricultural product prices which has amplified because of greater openness and integration with international markets. Climate change has also led to a higher frequency of extreme events, which have an impact on production and markets and contribute to increased volatility. However, in Romania the average return on assets of companies in this sector has not fluctuated so much during the last five years, but varied between a minimum of 3.66% in 2015 (a weak year in terms of profitability for all sectors of activity) and a maximum of 7.34% in 2017 (MFP data, NBR calculations).

Obviously, the contribution of the agri-food sector to the well-being of society is not limited to maintaining balance in foreign trade activity, although this is an especially important one. From agriculture and the food industry, society wants more jobs, economic growth, better environmental protection, but also healthy and nutritional food and a territorial balance that leaves no regions behind.

There is a very high heterogeneity in the financial health of agri-food firms that is holding back the development of lending to this sector and points out that the proposed measures for these sectors should be targeted, all the more so as constraints on budgetary resource allocations increase. In addition, size matters a lot in this area. Most companies with agri-food activity are micro-enterprises and over the years have failed to move into a larger size group.

Agriculture was in the attention of the National Committee for Macroprudential Oversight (CNSM) last year. The Committee considered that food imports significantly higher than exports had created a vulnerability, with possible systemic potential, for at least two reasons: (i) the experience of other countries shows a close relationship between the deterioration of the current account deficit and the onset of a financial crisis. or balance of payments; and (ii) in the light of the lessons of the crisis generated by the current health crisis, ensuring food security becomes a priority.

The first recommendation is to increase the emphasis on developing a green, more environmentally friendly economy. The European Union allocates important funds to this objective, and the agri-food field in Romania can relatively easily qualify to the requirements. European statistics have identified Romania’s agriculture among the leading sectors in CO2 or other greenhouse gas emissions. CNSM’s recommendation was that the Government, through the Ministry of Agriculture and Rural Development (MADR), develop and budget with priority programs in the amount of at least 9.4 billion euros to implement the EU strategy to reduce climate risk (“From Farm to Farm Fork ”), in line with the specific objectives of climate change in the future Common Agricultural Policy. It is recommended that these programs be developed in such a way as to facilitate green funding. In fact, many countries in the region (Poland, Hungary, Slovenia, etc.) have already issued such green bonds, many issues being made by governments themselves.

The extensive technologizing of the agri-food sector is another CNSM recommendation. The topic is also at the top of the European agenda and significant funds will be allocated in the coming years for implementation. Romania could benefit considerably from this alignment with European priorities, for at least two reasons. First, Romania is at a disadvantage at European level in the field of innovation (including in agriculture), so any progress is welcome. For example, only 1 percent of companies operating in the agri-food sector use industrial robots (at the other extreme are the Netherlands with 22 percent and Sweden with 31 percent). Secondly, Romania has many strengths to move to the widespread use of digital technologies in agriculture and food industry: telecommunications infrastructure, implicitly good internet access, many IT specialists, generally favorable attitude of companies and the population in assimilation of digital technologies. In fact, digital technologies could compensate for part of the disadvantage of the pronounced fragmentation of agricultural land in Romania (by far, the highest in the EU). CNSM’s recommendation is that the Government, through MADR, develop and budget with priority programs in the amount of at least 0.5 billion euros that use the potential offered by digital technologies.

Obviously, there is no single answer to the challenges of competitiveness and development in the agri-food sector, the solution of which would lead to positive chain effects both from the perspective of macrostability and economic development in general and the well-being of the population. That is why the CNSM initiative unanimously embraced by the most important categories of actors with relevance in this field proposes a balanced set of measures. They replace a rather fragmented approach at present (because other measures and programs existed before the CNSM’s proposed framework). There is therefore a need for a truly strategic and as uniform an approach as possible to prevent waste of resources and concentration of efforts, which in my opinion is one of the merits of the CNSM package of recommendations.

Secondly, coherence is essential. Therefore, it is particularly important to find ways to improve governance in order to mobilize the necessary tools at the local level, to develop truly economically viable projects and to support the growth effort at the level of all regions.

All these things force us to follow not only the presentation of the problems induced by the need to develop the agri-food sector but also the efficient way in which the solutions (many of them being already discussed and known in the public space) are put into practice. A country’s ability to make progress is clearly linked to how it can implement sectoral public policies with rapid results and achieve rapid development. Not at all simple, this is our challenge in a dynamic world, where flexibility and innovation are necessary but not sufficient premises for success.